A few months ago Google purchased Motorola, which is one of the top phone makers out there.  They may not be as big as Samsung but Motorola has been around for a very long time and they've always made very good products.  However Google didn't buy them for their ability to make phones, they were purchased because Motorola had a lot of patents that could help Google out with their fights against Apple and other companies.  However, if you have a company that makes phones, why not make phone?

Since Google bought Motorola we've seen a few new Motorola phones come out, but those were all phones that Motorola had already designed before the merger.  Yesterday Motorola announced the Moto X, which is the first phone they've designed since the Google/Motorola merger. 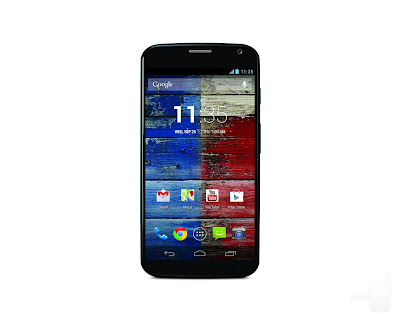 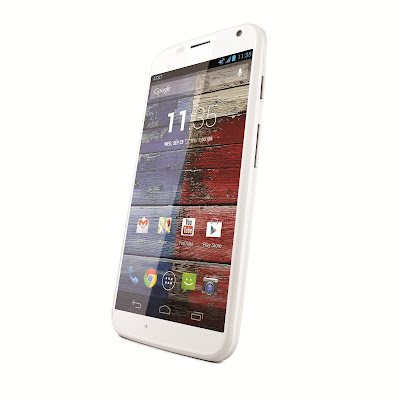 Technically it's also available in a lot of other colors... 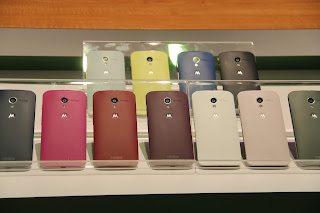 So what is it?

This is NOT a top of the line phone made for the hardcore enthusiasts.  Motorola has never been that company, HTC and Samsung can fight each other for that.

This is NOT a Google Phone, don't expect a Nexus.  From the beginning Google mentioned that they are not going to give Motorola any special treatment when it comes to access to software and stuff like that because they want all the companies to have the same fair chance.

This is NOT a pure Android experience, Motorola has hardly made changes to the OS, it's almost pure, but it is not pure.

This phone may not be a top of the line but it is not a slow phone by any means, I would say in a lot of ways this phone rivals last years tech.

When you look at the difference between a Galaxy SIII and a Galaxy S4 you will notice that speed wise, they are not that different.  That's because phone CPU's have already been doing things fast enough for a while.  They keep adding more and more power but unlike the days of early Android, it just doesn't make a big difference anymore.  Motorola and Google both know this.

So what are the specs?

The screen is a 720P Amoled screen, which seems low in today's 1080P display world, but honestly 720 is more than enough for most people.  There may be some people out there with amazing eyesight and they can tell the difference between a 720p screen and a 1080p one, but most people won't be able to, and even then I think the people who say they can are probably lying.

The phone runs what Motorola is calling a X8 Mobile Computing System.  This is basically a bunch of other components put together.  In this case we have a 1.7Ghz DUAL core Snapdragon S4Pro processor.  So it is a Dual core processor as the main processor.  It also has a QUAD Core Adreno 320 GPU, so for graphics it does have a rather nice quad core GPU.  It also contains 2 other much less powerful CPUs for specific tasks like listening to your voice when it's in standby or showing you notification messages on your screen.  The whole thing does have 2GB of RAM which also help a lot.

I like the idea of adding much slower much less power consuming cpu's for specific tasks.  It's certainly not the first time this is being done but it's nice.

The camera on the Moto X is 10 Megapixels.  Nothing too special, they do claim to have new sensor technology called "Clear Pixel Technology" that should be able to capture better low light images.  Honestly I've been hearing this from many companies but I've never really seen anything amazing.

Not too sure about the front camera, I'd guess it's a 2MP like most.

Didn't know what else to call this one.  The phone has certain tricks that make interacting with it easier.  For example,  you can say something like "Ok Google Now" when the phone is on standby and it'll recognize your voice and what you said, then Google Now will be launched.  From there you can go ahead and do more things without having to touch the phone once.

When you get into your car with the phone, the phone will know that you are driving and switch itself into driving mode.

When you get messages you'll get a notification on the screen, since the screen is AMOLED it'll save energy because it only needs to light up the specific pixels.

When you take the phone out of your pocket, you can shake the phone and the Camera app will pop up, you can also take a picture by clicking anywhere on the screen.

For starters, this is the first time Motorola has ever had a "Flagship" device.  Motorola has always had good phones but they've usually been for just 1 company.  This phone will be available for Verizon, AT&T, T-Mobile, Sprint and probably US Cellular (yes they are still around).

This phone is also assembled in the US (at least for US people).  This does not mean it is made in the US, I'm sure most of the parts are made in China, but a lot of the work is still being done here in the US and that's a good thing in my book.

Battery!  The reason this phone has a 720P display and it has a Dual core processor is because they are trying to make the phone good enough in order to save battery.  Motorola claims that the phone will be able to go a full day with 1 charge, and by a full day they don't mean 8 hours of work, they don't mean the 16 or so hours or so that we are awake, they claim 24 hours.

Software updates!  While the Moto X is not pure Android, it is very close to being pure, which means updates may be easier for them.

The only thing that kind of bugs me is the fact that the phone costs as much to get as the S4 or HTC One, $200 with a 2 year contract.  The phone is beautiful, supposedly it feels really good on your hand, it should run fine and all but it is using a lot of last years technology, so is it worth as much as the top of the line phones?  I don't know.  Maybe the whole being assembled in the US thing costs more?  I don't know.

If the reviews of the phone prove the phone is good, would I get one?

Yes, yes I would.  Although what I would really like to see is have a Google Experience version of this phone.  Just have Google sell it on the Play Store for a more rational price with 100% stock android.  Basically I would like this to be the next Nexus.

Thank You for reading!