I'm always getting asked "What Tablet should I get?".  A few months ago the answer for me was simple, "If you just want to do basic things like web browsing, email, some videos, read some books get a Kindle Fire.  If you want to watch a lot of movies or play a lot of games and use all kinds of apps, then get an iPad".

The iPad is a great tablet, but it really is a lot more than what a lot of people need.  I don't like it when I see people that can't really afford an ipad getting one simply because they didn't know there were options.

The Kindle Fire was a great little tablet (7 Inches) for a much more affordable price of $200.

Then the Nexus 7 came out and for the same $200 it gave you so much more with it's quad core Tegra 3 Processor, but I still really wouldn't recommend that size if you want to watch a LOT of videos and I still can't recommend any Android tablet for a lot of gaming.  Don't get me wrong, the Gaming world on Android is getting much better and the Nexus 7 can easily go head to head against the New iPad as far as Graphics, but the selection is still going to be weaker on Android, at least for now. 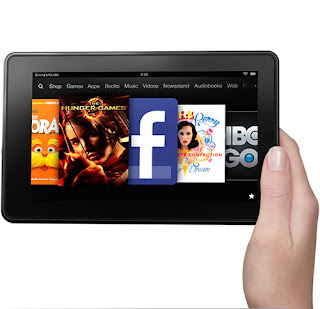 The Kindle Fire is basically the old Kindle Fire but they made it 40% faster and best of all, they made it cheaper,  it's now $160 for the 8GB tablet.  Honestly, I'd still pay the extra $40 and go with a Nexus 7 if at all possible.  Even with the speed boost, it just doesn't compare. 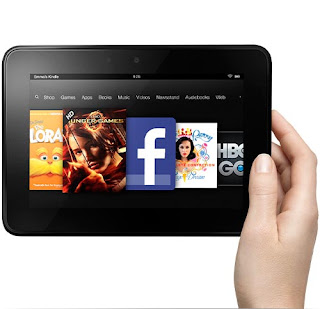 The Kindle Fire HD is also a 7 inch tablet but the specs on this one are much nicer.  It comes with a 1280X800 resolution which is the same as the Nexus 7 and higher than the original Fire (1024X600). It has a Dual Core processor but this processor should be just as good if not better than the Quad Core Tegra 3 processor.  It also has Stereo speakers.  It has Dual Antennae which means it will be able to download from the same network faster.  It also contains an HD Front facing camera.  I don't know the megapixels of it, they just call it HD.  No rear camera but at least you'll be able to use it for Skype calls.

This one makes things more difficult for the Nexus 7.  As far as Specs go, these two tablets are very similar. The fact that the Fire HD starts at $200 for the 16GB kind of makes it a better deal because the Nexus 7 is $250 for 16GB.  Also the Fire HD has a 32GB Available while the Nexus 7 only goes up to 16GB.

On the other hand, the Google Nexus 7 is pure Android the way Google meant it to be.  It brings Jelly Bean with Project Butter which makes the tablet super smooth.  It also has Google Now which I must admit I've come to depend on for certain things.  The Kindle Fire (All of them) run a highly modified version of Android.  I've said before that when you use a Kindle Fire you should just pretend that you don't have an Android tablet because Amazon has gone through a lot of trouble to make it look that way.

This one will completely depend on you.  If you want a full Android experience then go with a Nexus 7.  If you want a something more like iOS where you are limited to what seems to work the best then the Amazon Kindle Fire HD may be the way to go. 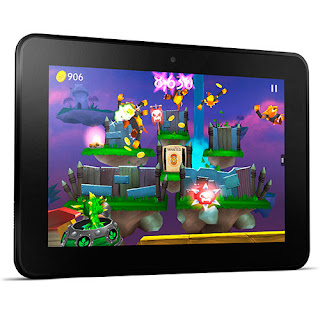 Ok, this one looks a lot like the Kindle Fire HD because it kind of is very much alike.  But there are a few things that must be talked about.  The Kindle Fire HD is a 7 Inch tablet, this one is a 8.9 inch tablet.  So it's a  bit larger than a 7 inch tablet but a little bit smaller than the 9.7 inch iPad.

Now we are reaching the $300 price tag which I'm not too comfortable with, although the device you get is certainly worth the $300.  Not sure I'd spend $70 on the extra 16GB.  Some people feel the 7 inch factor is too small while the 10 inch factor is too big so maybe a 8.9 inch tablet will be worth it for these people.

Personally, I still think the Nexus 7 is the best buy, but that's just a very personal opinion based on my love for the Nexus brand.

I hope that if you have been looking for a cheaper tablet this has helped you out.  If you are still not totally sure, you should probably wait a month or two and see if anything happens with the rumors of an ipad Mini.  I have no idea if that will really happen and if it does I have no idea what the specs or price will be like, so I can't tell you to wait for it,  but I figured you should at least know that there is a possibility.  Of course as soon as any info is known for sure I will let you all know.