I could probably get more people to come to my Blog if I would write about what the iPhone 5 will be like or when the new iPad Mini will be out.  But neither of those products are real.  I'm sure there will be a new iPhone later this year, there always is.  I don't think it'll be called iPhone 5 but that's a whole other story.  The iPad Mini is 100% pure speculation.

My main idea with this Blog is to educate so even though from time to time I may indulge a little bit in rumors I like to stick to reality.  That's why today I'd like to talk about an accessory.  Now I don't normally write about accessories because they are not that much fun, but they are certainly important so you guys let me know if I should include them more often.

The Logitech Tablet Keyboard for iPad 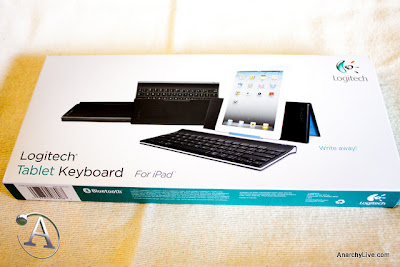 The first thing I'll say about this is that I hate the fact that they make it sound like it's just for iPad,  it's a Bluetooth keyboard that can be used on many different devices.  But like I mentioned before, just saying iPad brings in more customers.

This one caught my attention because it was on sale at the time for $49.99 (Normally it's $69.99).  But also because my plan was to carry it in my gadgets bag so the fact that it had a hard cover to protect it was a big bonus. 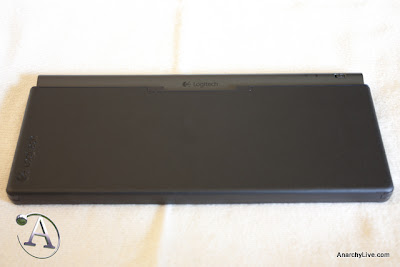 The keyboard slides in and out of the cover without any issues and it protects it from having the keys pressed accidentally.  It also has an actual on and off sliding switch.  The Apple wireless keyboard has a power button but it's very easy to press it, which made me think it would spend a lot of time being turned on in my bag. 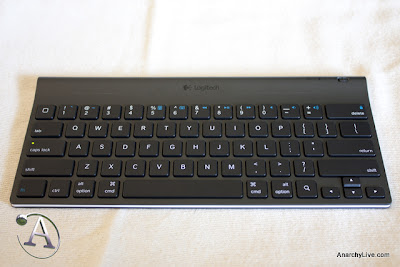 The keyboard itself is just your average sized keyboard.  It feels perfectly fine when typing, I feel I could certainly use it to type for a very long time.  It also does have some functions that work great with the ipad, things to turn volume up and down or brightness up or down, start music playback, forward, back, start a picture slideshow or simply lock or unlock the iPad.

So I guess I can understand why they say it's for iPad, but still think it may confuse people who could certainly benefit from it. 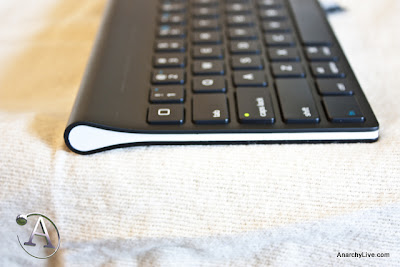 I also enjoy the overall style of it.  It's just a nice looking keyboard.  I like the white line that goes around 3 of the sides. 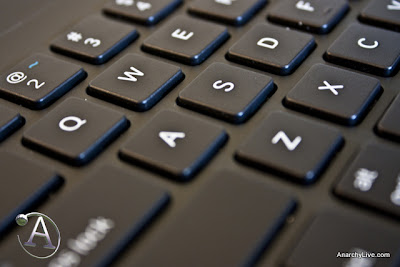 The keys themselves are chiclet keys just like the Apple Keyboard.  They feel nice and certainly allow you to type as fast as you would on any regular keyboard.  As I mentioned the size does not really get in the way much.  It really is only a tiny bit smaller than a regular keyboard. 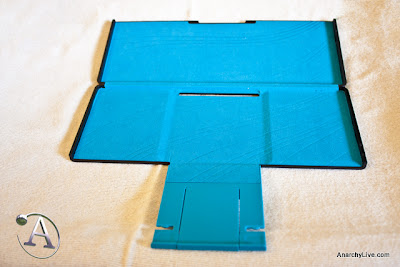 The cover of this keyboard is not just a cover that you have to put aside, they decided to also give it a use.  When closed it is held together with magnets, you can easily open it up and reveal this blue interior that keeps the keyboard safe and clean. 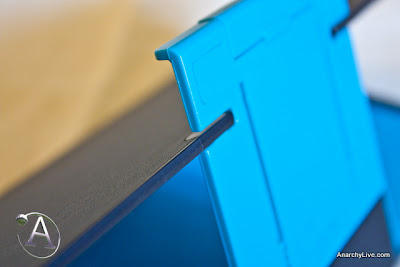 You can also use this part in the cover to attach it to one of the sides of the cover in order to create a stand. 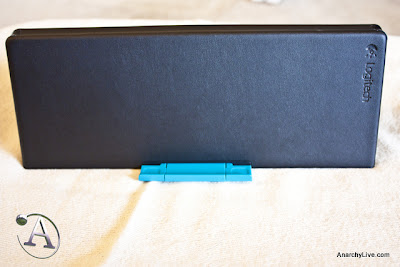 So now you have a place to put your iPad in portrait or landscape mode! 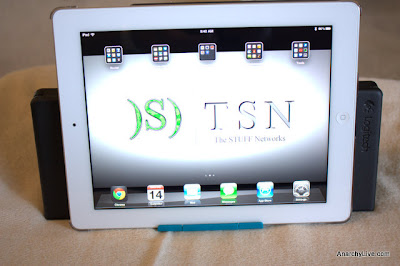 If I was to compare just the keyboard to the Apple wireless keyboard I'd say the Apple one is probably better simply because it feels like better quality.  If I bend this one a bit you can hear some noises that make it feel a little bit cheap.  But then why would you be going around bending your keyboard?

However, if you are going to be using it on the go like me, I'd certainly recommend this keyboard over the Apple one simply because of the cover and the control keys that can certainly be useful.  Being able to convert the cover into a stand can certainly come in handy as well.  I have a smart cover but when I'm going to be doing thing where I know I'll want the iPad to stand but I'll be touching it a lot too I would much rather use the cover stand.  The smart cover always ends up coming off if I at some point push too hard when selecting something.

The Logitech Tablet Keyboard for iPad costs $69.99 at places like Best Buy but currently I see it in Amazon for $47.49, personally I hate the idea of paying $70 for a keyboard so I'd go with Amazon if at all possible.

Also remember to pick up 4 AAA batteries.  Supposedly those 4 will last 10 months, I honestly haven't been able to test it for that long, but I've had mine for about 3 months now and so far it's still going strong.