Try This: Flash Content on your iPad!! (OnLive Desktop) 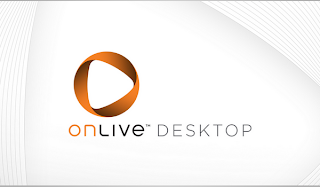 For those of you who are not familiar with it, a lot of times on the iPad you can’t view certain online content because the iPad won’t handle Flash content.  I say “Won’t” instead of “Can’t” because the iPad most certainly could handle Flash if they wanted, but Steve Jobs never liked flash and felt that it would soon be replaced by HTML5 and even though he’s right in the fact that Flash will be replaced by HTML5, he was wrong in thinking it would not be needed at all.  There is still a TON of flash content out there.

Onlive is a company that started with a rather impressive technology for Video Games.  The simplest way to explain it is like this,  you install their program on any computer and it allows you to log into their servers.  Once you are logged in you can pick a video game from their server and play it.  Normally there is a lot of games you can try out for free but if you want to keep any of them you need to pay for it.

There is nothing impressive about this, there is tons of services that let you play online right?  Well the way OnLive works when you connect to them it’s like you are receiving a video signal and you are sending commands to their servers.  They use some technology which I can’t explain myself which allows them to send amazing looking video using very little bandwidth.  So basically the full game is running on their server,  you are just getting the image back and sending the control commands needed to play.  The video games still lag a little bit but it’s not that noticeable.  It’s truly impressive how they can manage to send all that video and audio like that.

The main idea of the service is that with something like this it doesn’t matter if your computer can’t handle a game, their servers sure can and you will never need to upgrade computers to be able to play the games because it’s always going to be the same video feed.  You don’t even need a computer anymore, they now sell a very small box and remote controller that allows you to plug it into your TV and play that way.

Now there is OnLive Desktop!

The exact same concept but instead of games you get to control a Windows 7 desktop.  Now it’s a very limited version, you can’t install anything.  But you DO get to upload up to 2Gigs of files (100MB Maximum file limit) and play with them on the desktop.  You can play with Microsoft Word, Excel, Powerpoint and a couple of other things.  The service is available for the iPad and Android Tablets and it’s free.

However, and this is finally the reason for this article, if you want to be able to use the Internet Explorer program to browse web pages, then you’ll have to pay $5 a month.  With this option you’ll be able to use the Internet Explorer to view websites just like you do on your own computer.  And it still streams the video and audio just as well.  You can open it up and watch youtube videos if you want or go to Hulu.com and watch those (Hulu has always blocked their service from Tablets and I wouldn’t be surprised if they figure out a way to block this).  It really is incredible how flawlessly the videos play.  Even videos that I’ve uploaded to the server and tried opening on the Virtual Windows 7 played fine on my tablet.

It does allow you to use a Bluetooth keyboard to type, if you don’t have one then you have to use the Windows 7 Onscreen keyboard which isn’t very good.  On Android Tablets it’s even more fun because Android does have support for a mouse.  It just makes dealing with Windows 7 easier.

So, if you own an iPad and you need to view some page with Flash on it or just want to play certain flash games and are ok with skipping Starbucks once a month, then this just may be what you need.  To start you’ll need to go to http://desktop.onlive.com and make an account.  They won’t request any credit card info unless you really want to get the paid plan.  I’d at least try out the free plan and play around with word and excel.

I keep saying iPad, Android Tablets can certainly enjoy this service as well, Android Supports flash but it can certainly slow it down.  The OnLive servers are super powerful so they wont be slowed down, and they are super fast as well, so, technically browsing the web on one of these can be faster than on your regular connection.

Javier Torres
Anarchy Live
Posted by Unknown at 11:58 AM