I've decided that in order to do a better job here at Anarchy Live I need to create some structure.  At one point I had brought a thing I liked to call "I hate Wednesdays", the idea was that on Wednesdays I would talk about something I hate.  Well I'll most probably be bringing the "I Hate" idea back, not sure if it'll still be on Wednesdays or when but I figured I should also bring some good and not just complain.  So I came up with a new segment called "Try This".

"Try This" will be a segment that I will try to write every Wednesday night where I tackle an issue a lot of people seem to have and give my personal opinion on how I would fix that problem.  SO, lets start with my first problem!

There is a lot of us who complain about the battery life on our phones.  Some of us do it for the hell of complaining while others do it because they really do have a problem.  People who work in an office and can manage to sit in front of a computer most of the day should really invest on some USB cables that they can hook up to a computer or a power outlet so they can keep their phones charging, however, there is a lot of people out there who can't really afford this luxury.

If you are one of these people and you carry an iPhone with you, then really the only option I can think of is one of them portable power packs that will charge your phone on the go.  I have never used one of those so I can't tell you if they are good or not.

If you have an Android phone chances are that the battery on that phone can be switched.  In this case I would seriously look into a spare battery charger so that at night you can charge your phone and an extra battery.  That way as soon as your phone juice runs out, you have a backup.  This is kind of nicer than carrying a portable power pack because you don't have to charge the battery, you just switch batteries and you are back to 100%.  They also sell Extended Batteries for a lot of Android phones.  These are simply larger versions of the original battery but they usually do make your phone thicker.  Usually they come with a new back cover for the phone so that it can close with that new extended battery and chances are that if you have any type of docks they will no longer work with the extra bulk of the extended battery.  However if you find that you normally could just use a few extra hours of battery, one of those might very well be worth it.

Now if you don't want to be dealing with any of this extra stuff and you are a Verizon customer, there is 1 phone that I highly recommend.  This is the Motorola Razr MAXX. 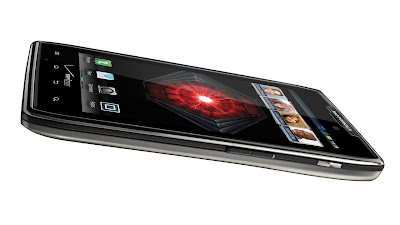 So what is so special about this phone?  Well, aside from having some very competitive specs right now, this thing also comes with a 3300mAH battery.  What does this mean?  Well most phones come with anything between a 1500 and 1800 mAH battery.  Most extended batteries are around 2200mHA.  So with a 3300mAH battery you should really be fine all day.  The only thing that I don't like about this phone is actually the fact that the battery is NOT removable.  So once that 3300mAH battery runs out, you will need to charge it, there will not be an option to swap it.

Finally lets say you are just going to go on a trip and you don't know which of your devices will run out of juice when.  Well then I would highly recommend something like a Power Bag! 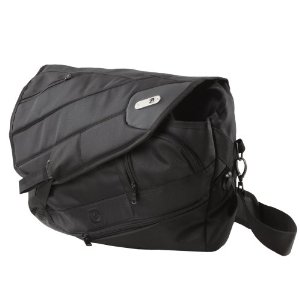 These bags are amazing.  Not only do they have a lot of pockets for your gadgets, they have a portable power supply in them with cables for charging your devices.  It has Micro USB, Mini USB, iPod/iPhone/iPad, and it has USB slots so you can connect your own.  You can pick one up on Amazon.com for around $120.   One of the things I really like about this bag is the fact that it comes with a power cable to charge the battery in the bag.  You just plug it to the outside of the bag and let it charge.  You can leave all your devices plugged in and charge them all over night as well.

Well I hope this has been useful to some of you.  Please let me know if any of this advice worked for you or if you have any problems that you'd like me to deal with in the future.