A world without Android 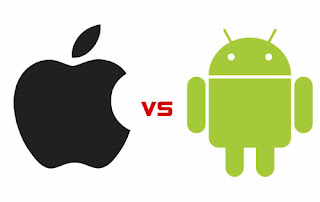 Today I was reading a bit more about how Steve Jobs hated Android and felt Android was ripping off his iPhone ideas. In a Steve Jobs Biography that should be available to the public soon, Steve Jobs is quoted saying the following:
“I will spend my last dying breath if I need to, and I will spend every penny of Apple’s $40 billion in the bank, to right this wrong. I’m going to destroy Android, because it’s a stolen product. I’m willing to go thermonuclear war on this.”
Now this comment in itself is a little ridiculous considering how many ideas Apple has taken from other places. They certainly didn't create the computer, or the mouse and even their biggest seller, the iPod is still just going on previous ideas. Don't get me wrong, they took a lot of these ideas and made them so much better, but they are certainly not new ideas. The iPhone was certainly not the first Smartphone ever either.
All this however made me wonder what the world would be like today without Android. I remember when the iPhone first came out and how so many companies were trying to come up with similar things that were not even close. All of a sudden Android comes along and it was like all these phone hardware companies saw a bright light coming to save them.
Today with the help of HTC, Samsung, Motorola, LG and others there are more Android powered phones out there than iPhones. But it has basically taken all these tech giants to be able to compete against Apple. Remember, even though there are more Android phones out there, Apple is the only manufacturer of the iPhone, so Apple is still the largest Smartphone manufacturer in the world right now.
This is where I wonder what would things be like if there was no Android?
Would RIM (Research in Motion, makers of Blackberry phones) be doing much better? Would all these manufacturers eventually have picked some other OS? Would I be writing now about how Windows Phones are so much better? Would all these manufacturers make their own OS? In that case, what would developers be doing? It seems to be hard enough as it is to make an app and port it to both Android and iOS. Or would developers simply go with iOS because it was the biggest and not even bother with any of the others?
Personally I'm glad Android came by. I like options, but if we had 1 HUGE option vs a bunch of little ones, then I'm pretty sure the 1 HUGE option would always win. Android kind of levels the playing field. But then it has also made it more difficult for others to play. RIM is not doing too good right now, they are losing market shares like crazy. Microsoft also hasn't been having a very good time getting their own OS started. Would webOS have been a success. Lets not forget about them, PALM made a very good OS that has just not been given a fair chance.
Again, in my personal opinion, I'm glad I got Android. I'm glad it's Google the one fighting here and not Microsoft. Google has always had a much more friendly feel to it in my opinion.
One thing I know for sure though, a world without competition is a horrible horrible world. As much as I complain about Apple, I'm glad they are there. I will always give them credit when they make good things. Siri for example, Android has had voice recognition for ever and it can certainly do a lot of the things Siri does. But Apple took the idea and made an amazing system that is very well integrated to so many functions of the phone. They did a really really good job. I still think it's useless unless you are driving, at which point the noise wont let it work too well but it's still very well made. And that's where Apple shines, once it takes an idea, it will make it well. And for that I am thankful. Because this is what causes companies like Microsoft, HP, Google, HTC, Motorola, Sony, Acer, Gateway, Asus, LG and so many others to make better products.
Now, this is where you would expect me to say "And in the end, we are the ones who win". And in a way this is true, but lets face it, in the end, they all win because we are the idiots buying all this crap! :)
STUFF
)S)
Posted by Unknown at 8:10 PM